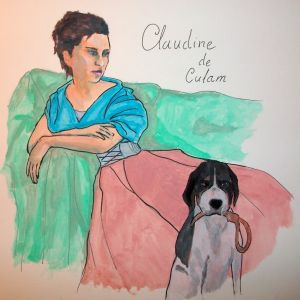 The judge appointed female assistants in order to put the dog and the girl to the test. As the women undressed Claudine, the dog attempted to mount her. On the basis of this evidence both the dog and the young woman were strangled to death, their bodies burned and their ashes scattered 'that as little trace as possible might remain to remind mankind of their monstrous deeds.'[2]